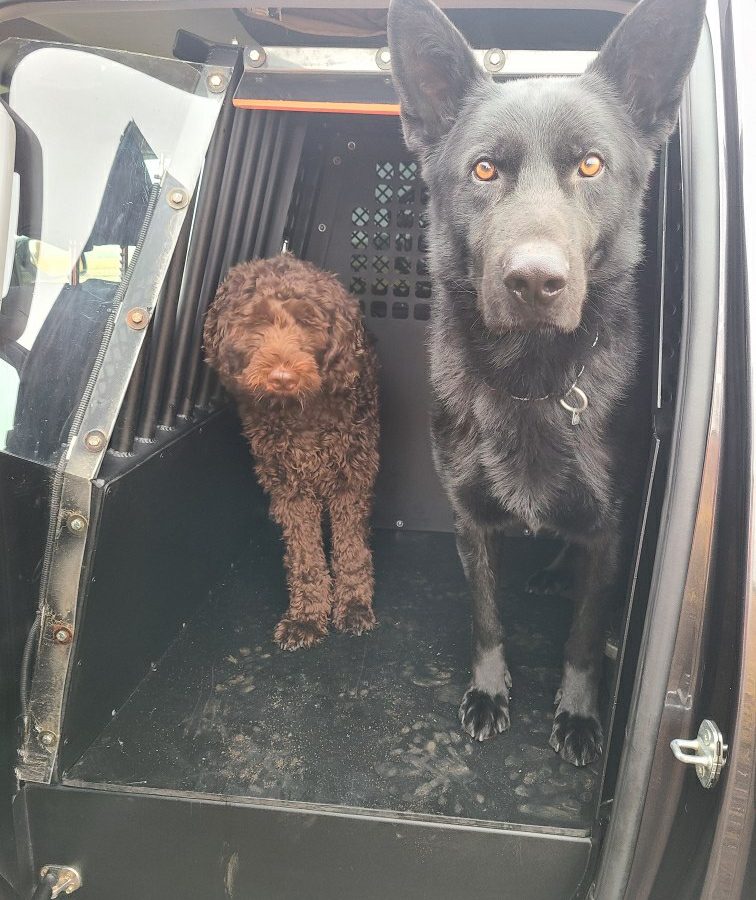 Retired PSD Hoss has celebrated many highlights in his career with the RCMP, but his handler’s favourite was his first call for service in 2017, when he and Hoss were eager to get to work. After walking 400 m through bush and pasture to set up on the backside of a residence, it was confirmed that the wanted subject was not at home.  Hoss’s handler let his guard down and started walking back towards his truck, while Hoss remained alert and in work mode.  Hoss stopped abruptly and downed to indicate an article in the cow pasture next to the vehicle.  This indication interested his handler, and upon investigation, he saw that Hoss had found the police vehicle keys, not known to be missing!  Two lessons were learned that day… Always have a spare set of keys, and ALWAYS trust Hoss!  What a way to start a career and earn your partner’s trust!

Hoss was born on 14 September, 2015, in Innisfail at the RCMP kennels. Upon finishing training, Hoss worked in Saskatchewan for 10 months.  He then moved to Yellowknife, NWT, for three years.  He spent his last year before retirement posted to Red Deer, AB.  In addition to these posts, he was also deployed to northern Manitoba and Ottawa for major events.

Hoss, unofficially, earned the title as most well travelled dog in the Northwest Territories during his time there, visiting 24 communities travelling by ATV, snowmobile, helicopter, airplane and boat. Flying was his favourite mode of transportation, always getting excited at the airports or hangers. Hoss briefly worked in the Northwest Territories with his Dad, PSD Bear, whom he calls Papa Bear!

PSD Hoss has an excellent working dog demeanour, being able to read a situation and act accordingly.  He easily switches from high risk situations to finding missing persons to enjoying a school visit.  An example of this is when he was called out to track multiple armed individuals following a stabbing, apprehending two suspects after a lengthy track.  The following morning, Hoss appeared at a school for a demonstration, pets and selfies.

Hoss has had many successes in his career.  He once tracked, located, and apprehended three suspects from an armed robbery in the middle of the day.  He found three lost people and dogs, a year to the day apart, who became lost and disoriented while hiking on the Canadian Shield.  On two occasions, he tracked and located at risk individuals who were nearing hypothermia and required medical attention after being located.

When Hoss isn’t working, he enjoys hiking and camping with his family, swimming and being a dog with his Labradoodle brothers Harley and Norton.  He also enjoys spending Christmas morning inside with his family, although his pal Harley doesn’t really enjoy sharing his bed.  In the various places he has lived, Hoss is known for his distinct howl anytime he hears a siren or train whistle.

Shortly after his graduation from training, Hoss was diagnosed with Exocrine Pancreatic Insufficiency (EPI), and as a result requires weekly vitamin b12 shots and an enzyme powder on everything he eats to ensure he gets all the nutrients he needs from his food.  Hoss retired in 2022, at the age of seven, after aggravating an unknown condition during a lengthy operational track. He was found to have a muscular myopathy which he had been working with for an unknown amount of time, and his ability to work consecutive days was jeopardised.

While he will be greatly missed by his handler and family, Hoss has won the dog lottery to be retired into a great home in Edmonton. 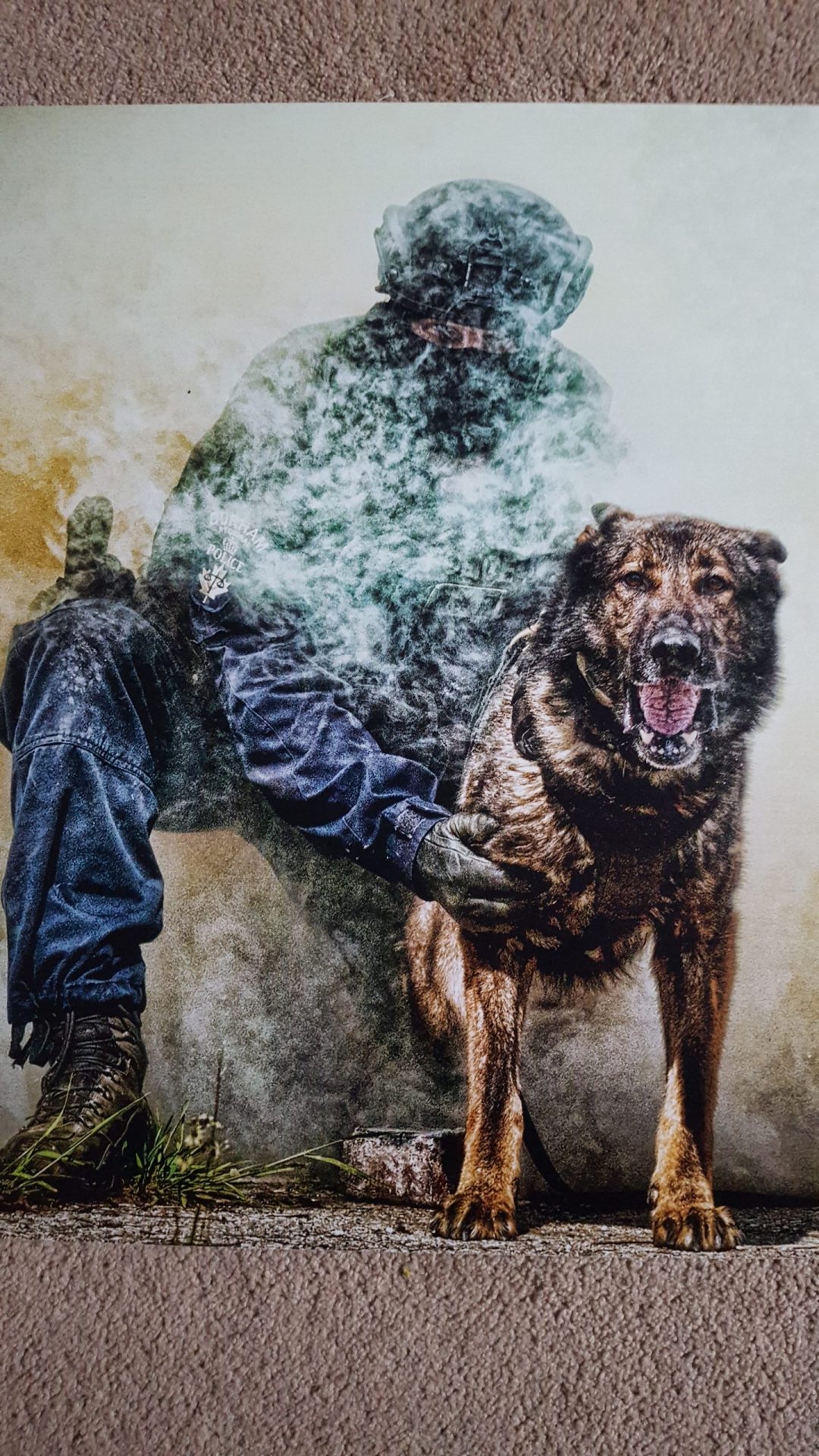 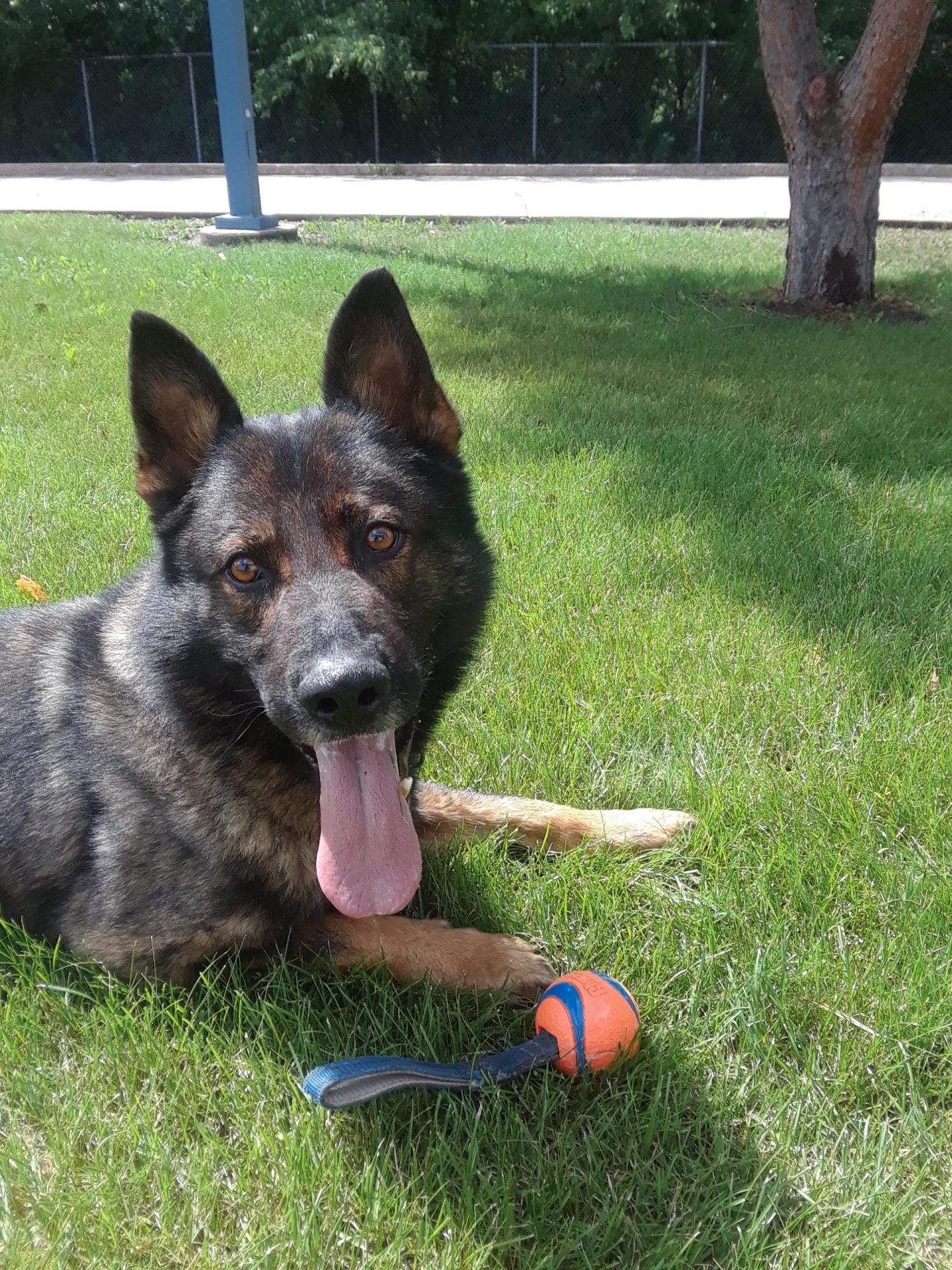 PSD Chet was born in Innisfail, Alberta at the RCMP Kennels on August 5, 2010. He was sent to Moncton...