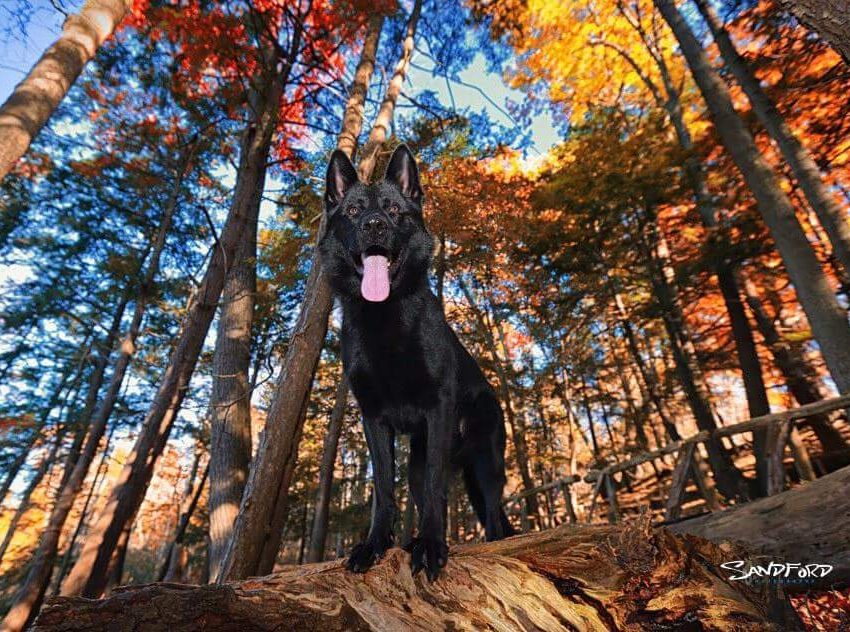 Retired PSD Trax has police badge #1, because he was the first PSD for St. Thomas Police Service.  During his career as a PSD, Trax had many firsts: he saved the life of a woman who was missing for 10 hours on a cold winter day, he apprehended a violent robbery suspect, and located a large amount of narcotics, more than once.  In 2016, Trax was also featured on the front page of Police K9 Magazine!
Trax was named by school children for the job he was intended to do, tracking people, and for  the railway history of St. Thomas, which is also known as the Railway Capital of Canada.
PSD Trax loved being the centre of attention during demonstration days, as he has the best personality, oozing confidence combined with charm and charisma!  He has the famous Shepherd excitement squeak, which he selectively delivers only during playoffs or important parts of movies.  Welcome to Ned’s Wish Trax.  Happy to have you in our family. 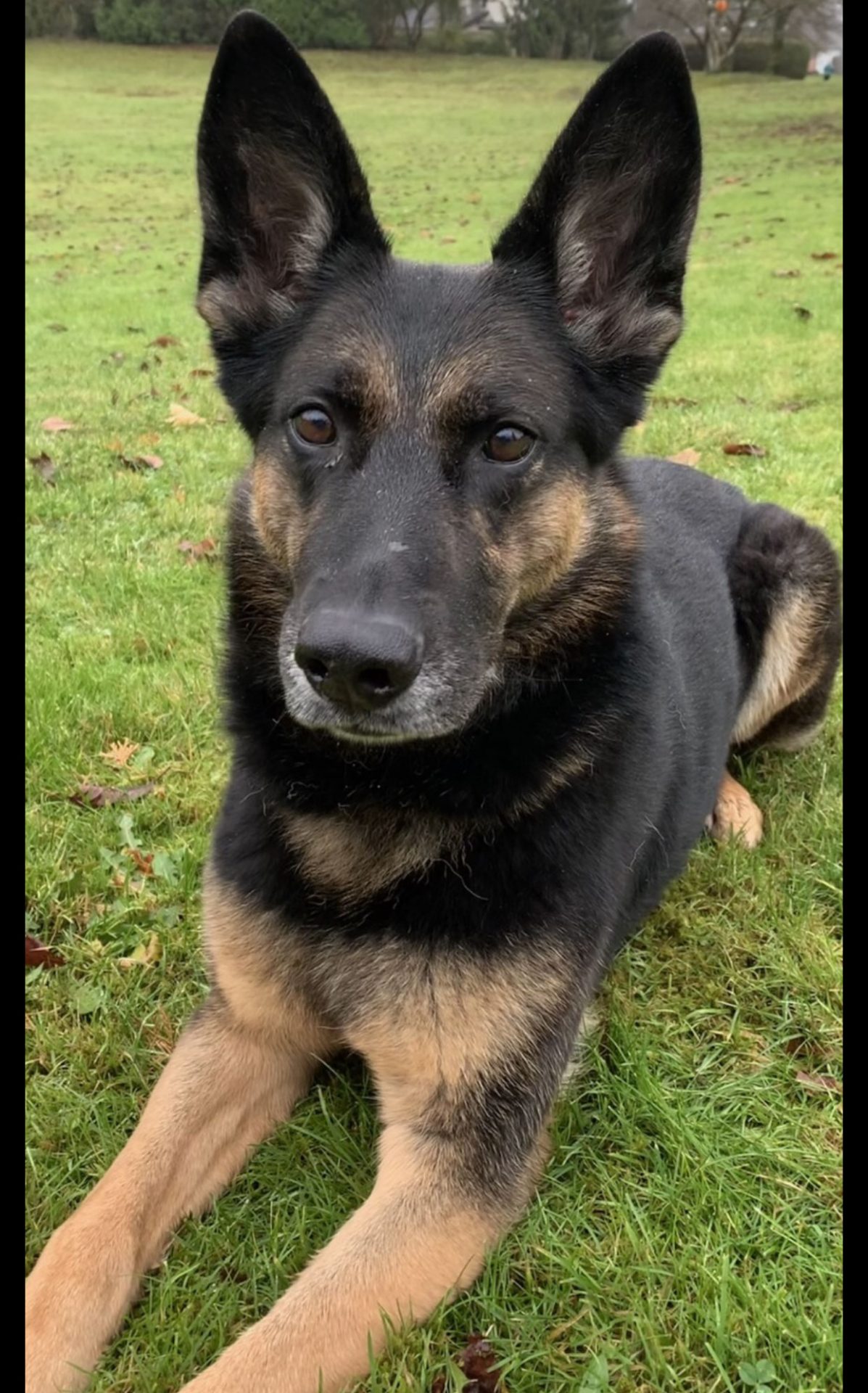 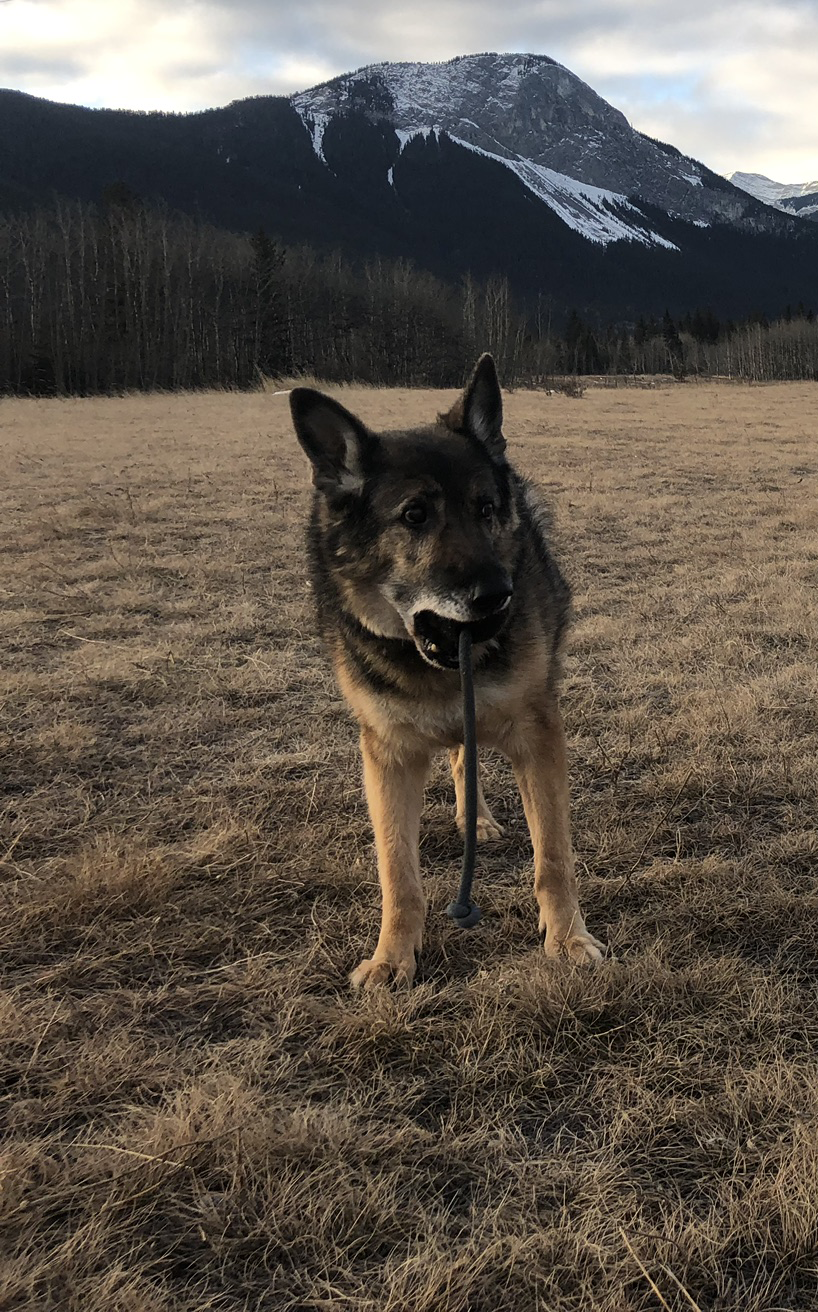