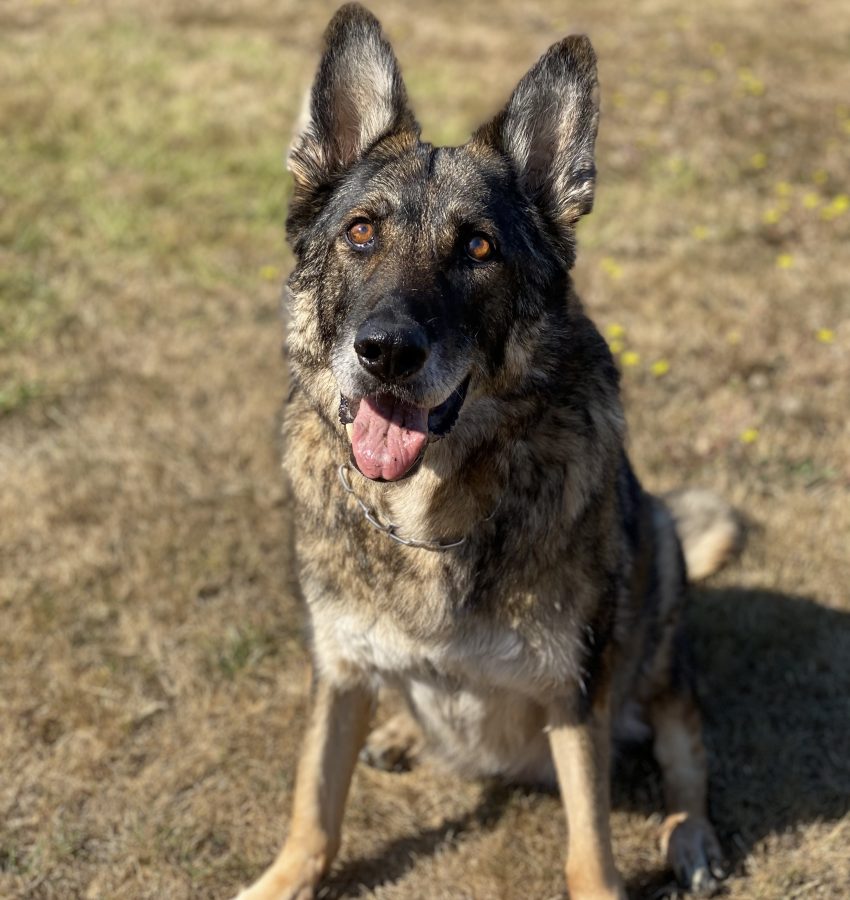 Retired PSD Uno was numero uno in retrieving stray golf balls. Uno used to live on a golf course and his nightly walks would result in him diving into the bushes and coming back with several golf balls in his mouth.  Uno’s ‘hoomans’ had to start carrying grocery bags on their walks that he would fill with golf balls by the end of every walk.  Same goes with walks around tennis courts, where he would run off into the areas outside the courts to return with tennis balls in his mouth.  It’s never too early to prepare for retirement!

PSD Uno was born on May 30, 2009 in Germany and was originally named, “Unox Von Prevent”, and from 2011 to 2018 he served with the Victoria Police Department.  He was a patrol dog and was cross trained in drug detection. Although his patrol areas were Victoria and Esquimalt, on many occasions Uno and his handler assisted Saanich Police, Oak Bay Police, Central Saanich Police, Sidney RCMP and West Shore RCMP.

PSD Uno has too many successes during his 7 year career to list, but a few highlights are:

Once during a cold, winter evening, PSD Uno tracked and located an elderly man, who had gone missing from a care home.  If Uno hadn’t tracked him in a timely manner, it was quite likely that the elderly gentleman would have succumbed to the elements.  Uno is a true life saver!

Uno was called to conduct an evidence search for weapons a day after a brutal home invasion.   Dozens of officers and another K9 were unable to find the weapons used in the invasion. Uno searched kilometres of area over several hours before indicating an area under a garbage dumpster behind a restaurant that was several blocks away from the crime scene.  Several blood stained weapons were located below the dumpster.  Forensics confirmed the weapons were used in the offence. Investigators confirmed that the evidence found by Uno was the top contributing factor for success in court.

Uno has myelopathy, causing him to drag his back paws while walking.  He has done fairly well so far, but he generally walks on soft surfaces to avoid wearing down the nails and bleeding.  At thirteen and a half, which is nearly 100 human years, Uno still LOVES to chase the ball.  Since he is still able to run hard, he chases a Chuck-It ball in the school field for a half hour every day!  He also gets out for two more short walks each day.

Unfortunately, on October 17, 2022  at his vet appointment we were advised that Uno has a large tumour that is likely on his spleen. The vet doesn’t believe Uno is experiencing any pain, but it may be uncomfortable due to the size of the tumour.  The next step in his care is to have bloodwork and an ultrasound done to see if surgery is a viable option.  The results will allow Uno’s family to make a decision based on what’s best for this canine hero. 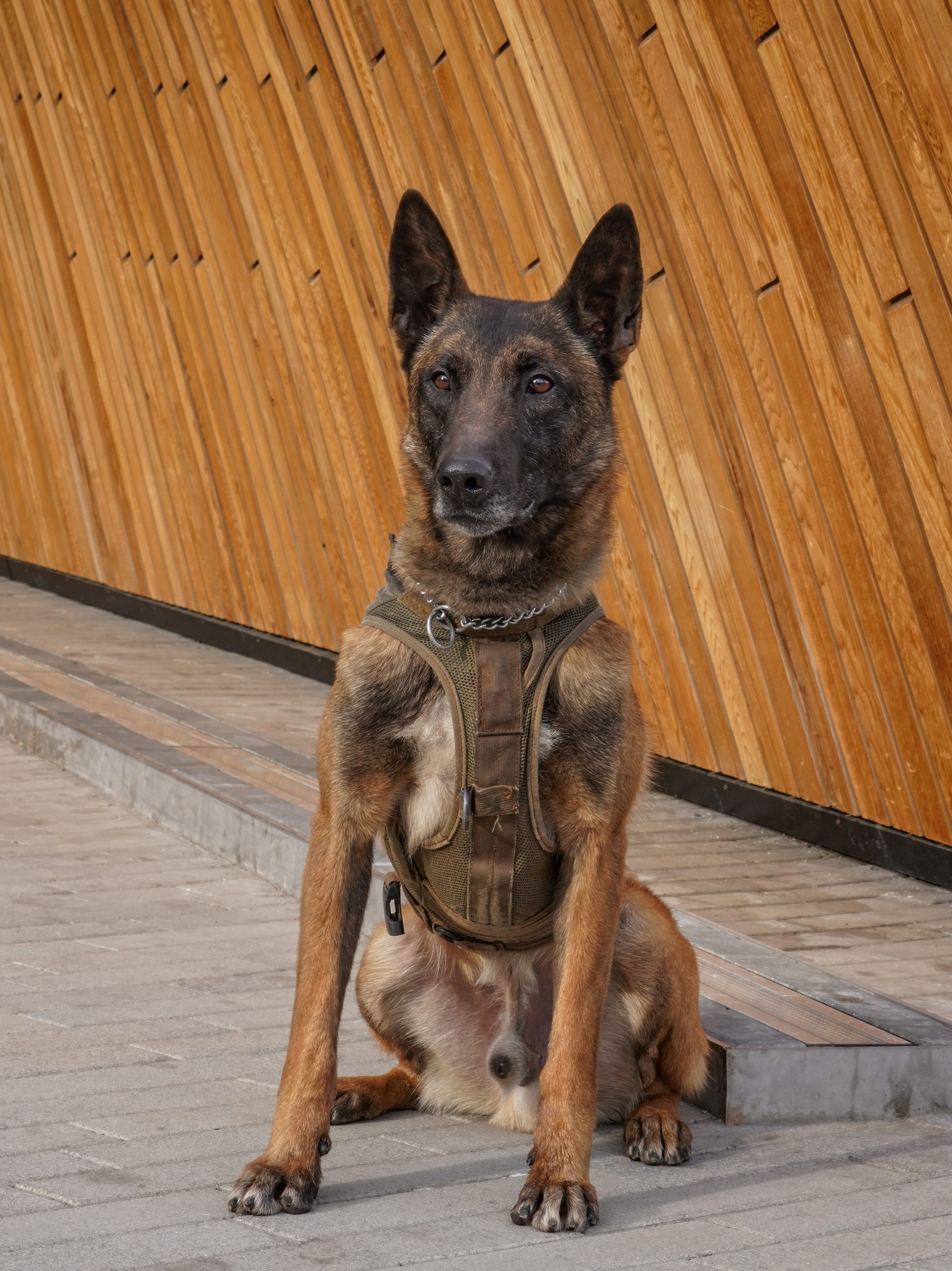 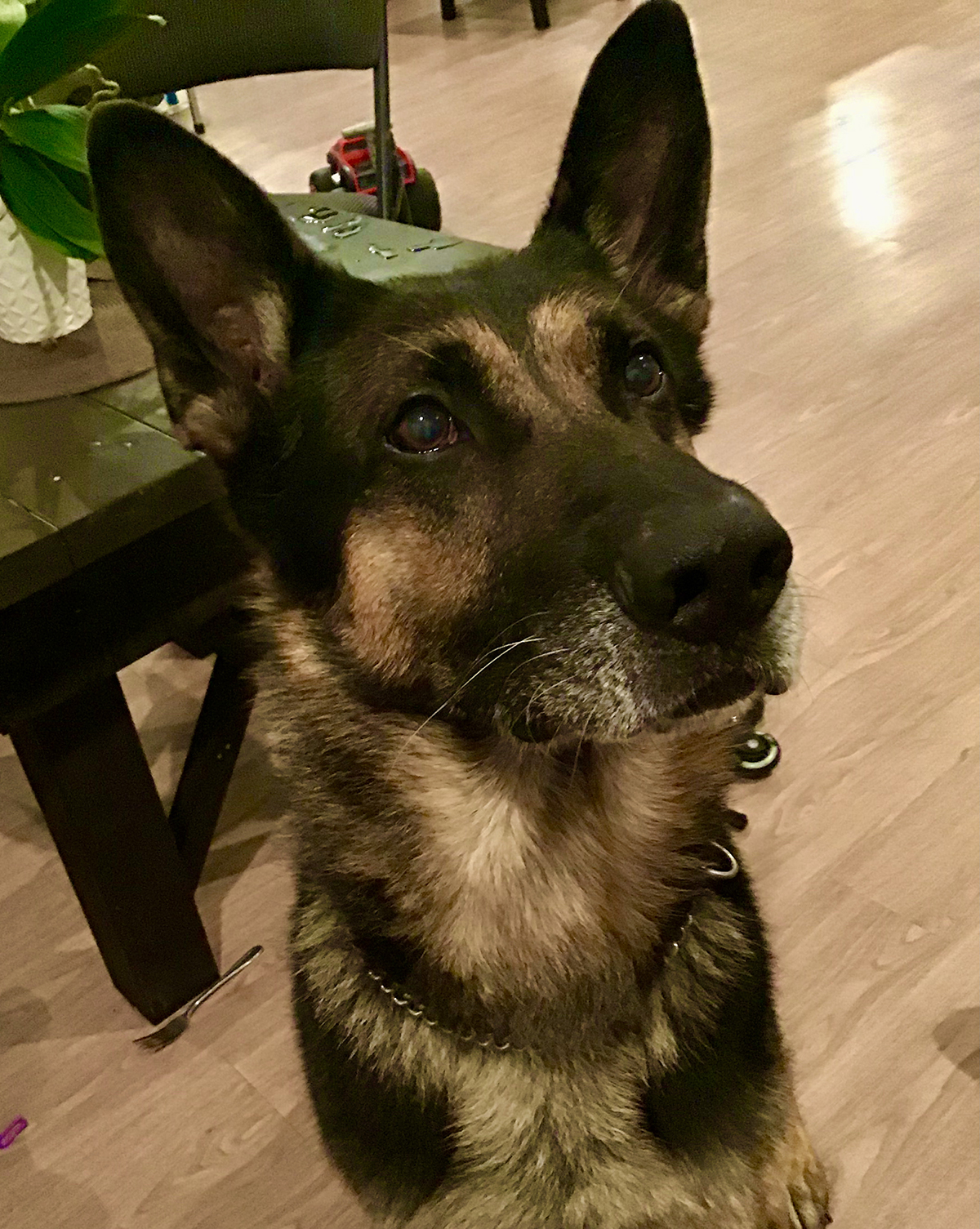