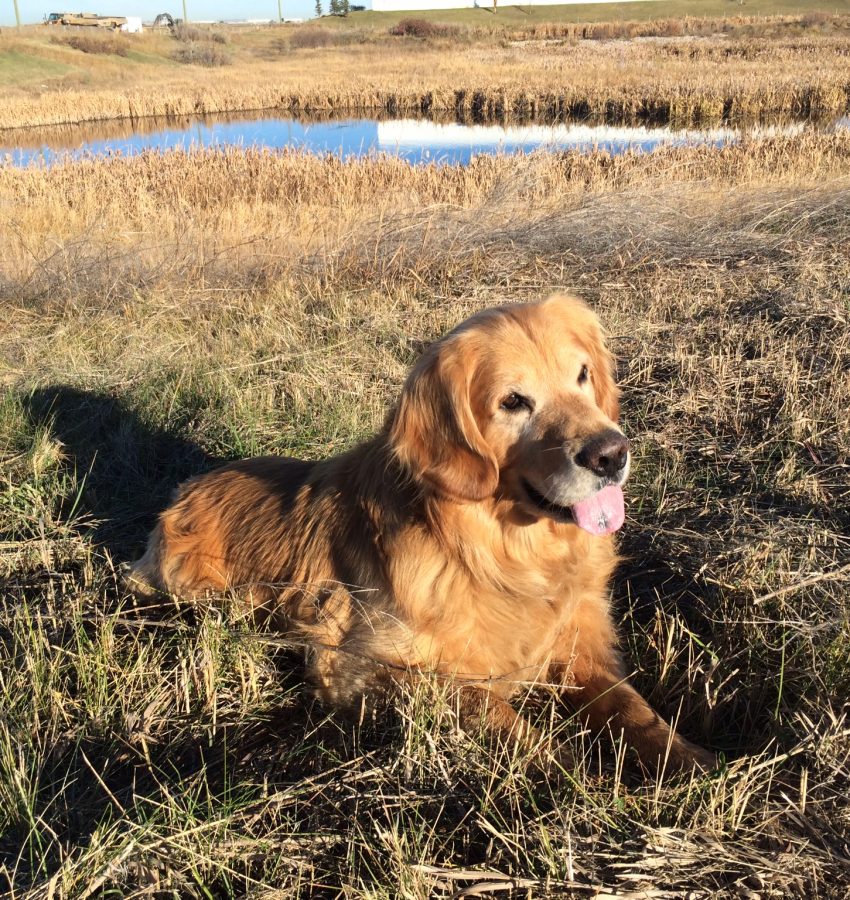 Police service dog Dopey was born in Washington on November 26, 2006. He is a purebred Golden Retriever with a very talented nose! He earned himself a position with the RCMP as a Jetway Interdiction Dog and was posted to the Calgary Drug Section Jetway Unit. PSD Dopey was primarily deployed in Calgary, but worked in Edmonton, Vancouver, Nanaimo, Winnipeg, and Regina as well.
He served with his Cpl. Badder for over 12 years, during which he was deployed in excess of 4,500 times!

No drug operation was immune to Dopey’s hard work. On duty, he has located hidden safes filled with kilograms of cocaine, money hidden within the walls of a home, and heroin inside the dashboard of a vehicle. He even found a grow operation while off duty!

Dopey loves people and socializing, but has a bad habit of invading personal space in order to seek out affection! He has retired to Cpl. Badder’s home and is enjoying their new routine of walking around his old stomping grounds, this time as a retiree!

After such a long career, Dopey is experiencing weakness in his hips and back end, with heavily degraded lateral stability. He requires assistance going up and down the stairs as well as getting in and out of his truck. Sadly, Dopey’s history as a Police Service Dog caused him to be declined by insurance companies. 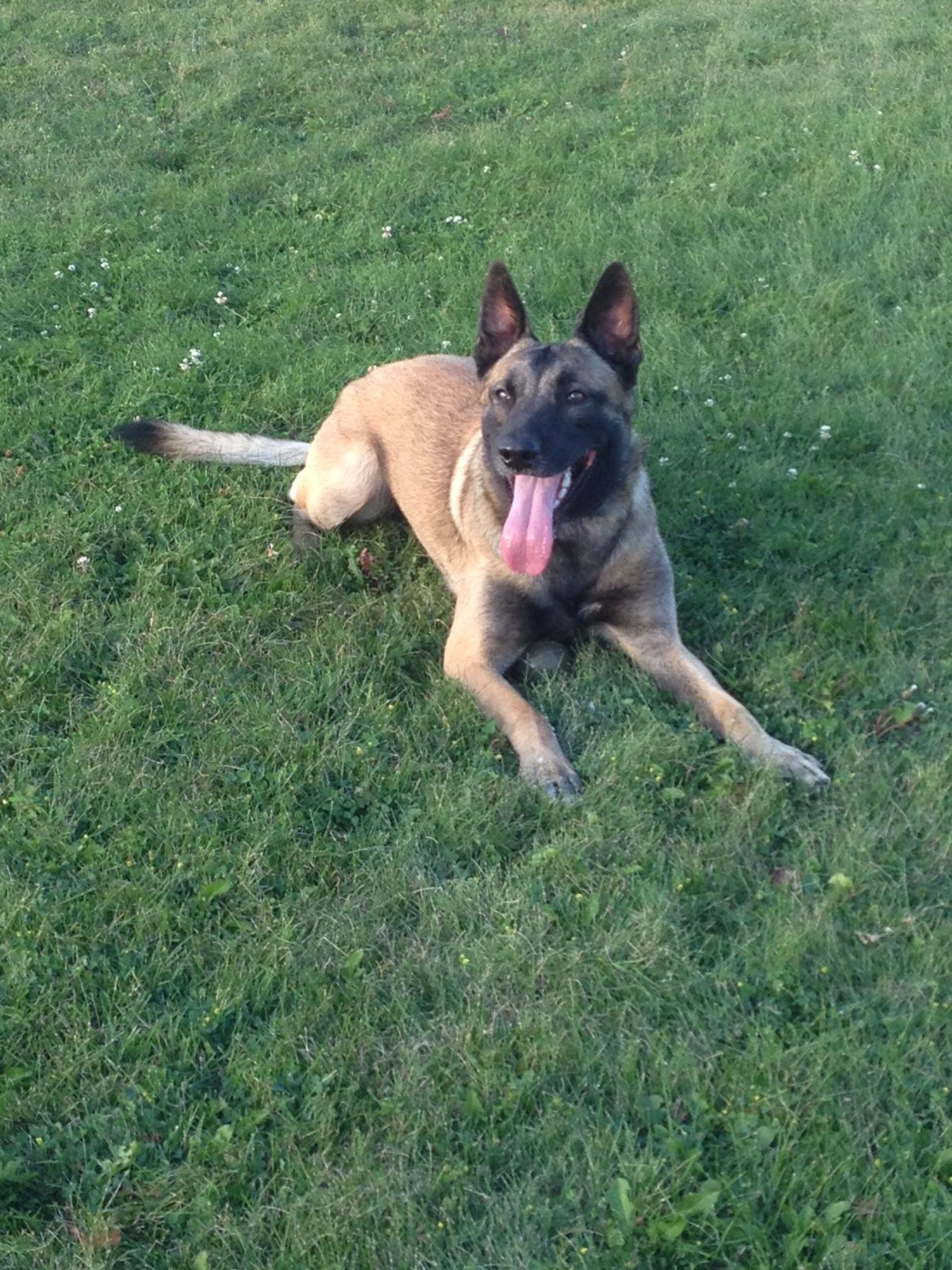 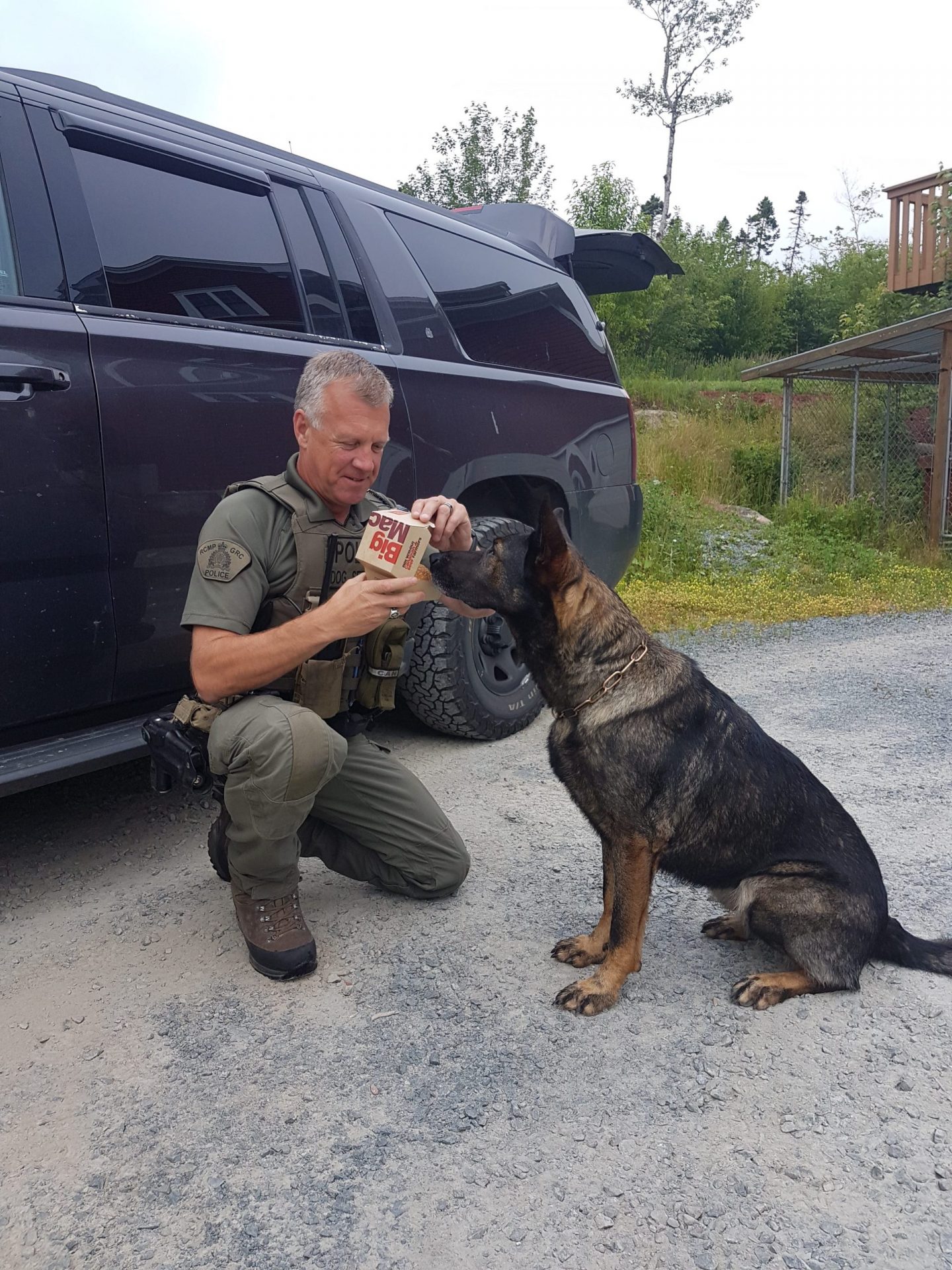