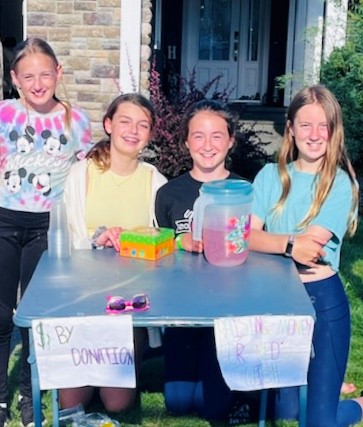 and when we say little…. We mean HOWLING HUGE!!!

The Comox Valley RCMP and Campbell River RCMP had a fundraising challenge to honour the year anniversary of PSD Gator’s passing who was killed in the line of duty.

Youth, local businesses, first responders & community members of all ages  came together over the months of June, July and August and raised…..

Thank you to Comox Valley RCMP and Campbell River RCMP Detachments (We Love You Both Equally…. No Competition There) and to everyone in both communities who participated in this initiative!

Who was the TOP DAWG in this competition you ask? No Bones About It….Ned’s Wish and our Retired Heroes of course!

At the end of June 2022 I reached out to Comox Valley RCMP Detachment member (Cst. Monika Terragni) and asked if she wanted to do a friendly competition with Campbell River RCMP Detachment to raise awareness and funds for Ned’s Wish. Ned’s Wish is a charity organization dedicated to preserving and enhancing the quality of life for retired police and military service dogs. Cst. Terragni quickly accepted the challenge and a timeline of August 15th was set. The winner would get the ultimate prize of ‘Bragging Rights’ against their neighbouring detachment. With the recent loss of PSD Gator due to a fatal stabbing in July 2021, members from both detachments, friends/family and the communities stepped up to the challenge with their generosity and providing assistance through creative ideas to raise money, which included;

Friends of Anna’s (Maisie Cockburn, Charlize and Chloe Masson, Brooklyn and Lacey Palmer) also made several craft items for purchase and sold lemonade roadside in their residential areas on a few occasions, raising $155. A large pickle jar full of dog bones brought in $140 with several persons paying a toll and guessing how many were in the jar; winning not only the jar of dog bones but also a free bay rental at Velocity located at the Campbell River Golf Club and a Ned’s Wish sweatshirt.

Facility Services Employees, Ken Enns and Larry Head served up a delicious BBQ meal of locally caught salmon and a variety of salads with the assistance of Sea J Charters Ltd., and Save on Foods. With a $5 minimum donation/meal, they quickly sold out and $540 was raised.

Cst. Kelsey Marsden a member of the Campbell River Detachment put together a basket of items donated by Hudson’s Bay Company, Roko Dog Wear and Ber Bites Dog Treats. Tickets were sold, totalling $268 and a random draw took place to announce the winner.

A local business, Smith and Lee Butcher heard about the fundraiser and jumped on board, creating a display of bones for customers to guess the weight by donation and winner to receive a meat package, $230 was raised. Another local business, Fitness etc., also contributed by asking customers if they wished to donate by rounding purchases up which reached $425.

Mary Davidson a local Epicure/Tupperware advocate welcomed the opportunity to help and indicated 100% of the profit made through sales would be contributed, totalling $130.

A 50/50 board was created and all squares were sold by Cpl. Krista Wallis. The winner, Erika Leigh Haley of Remax Campbell River won and graciously donated back her winnings, which raised $1000. On top of this Remax Employees came together and generously donated an additional $1465.

Campbell River Detachment ended on a high after collecting bottles/cans for a month and half, which were sorted by several members/staff at the detachment, totalling $1755.

An additional $100 was donated by various persons who wished to remain anonymous. In total Campbell River Detachment raised $6785 for Ned’s Wish.

“We raised a total of $880.00 here at the Comox Valley Detachment. And I have some inside information that this will not be enough to win the challenge. So, hats off to you and your entire team who raised money at the Campbell River Detachment.

In addition to taking in bottles from the detachment, we had a BBQ here on August 11th. The BBQ brought together police, fire fighters, paramedics, and more – it was a lovely show of support for Ned’s Wish!! PSD Case and Hammer showed up to enjoy the company and the support and we even had assistance putting the BBQ out at the end of it all. Thank you Krista for inviting us into this challenge – getting to know what Ned’s Wish is all about and raising money for these retired dogs was a pleasure. We are happy to have our butts handed to us this year but now that we know what we are up against, you might not be so lucky next year ☺ Assuming you are up for the challenge again?? Thanks again!! I’m already looking forward to next year.

Although Campbell River won ‘Bragging Rights’, we are very thankful to the Comox Valley Detachment members/staff for taking on this task in addition to their regular duties. As a result, a combined total of $7665 was raised and forwarded to Ned’s Wish. For more information on Ned’s Wish; 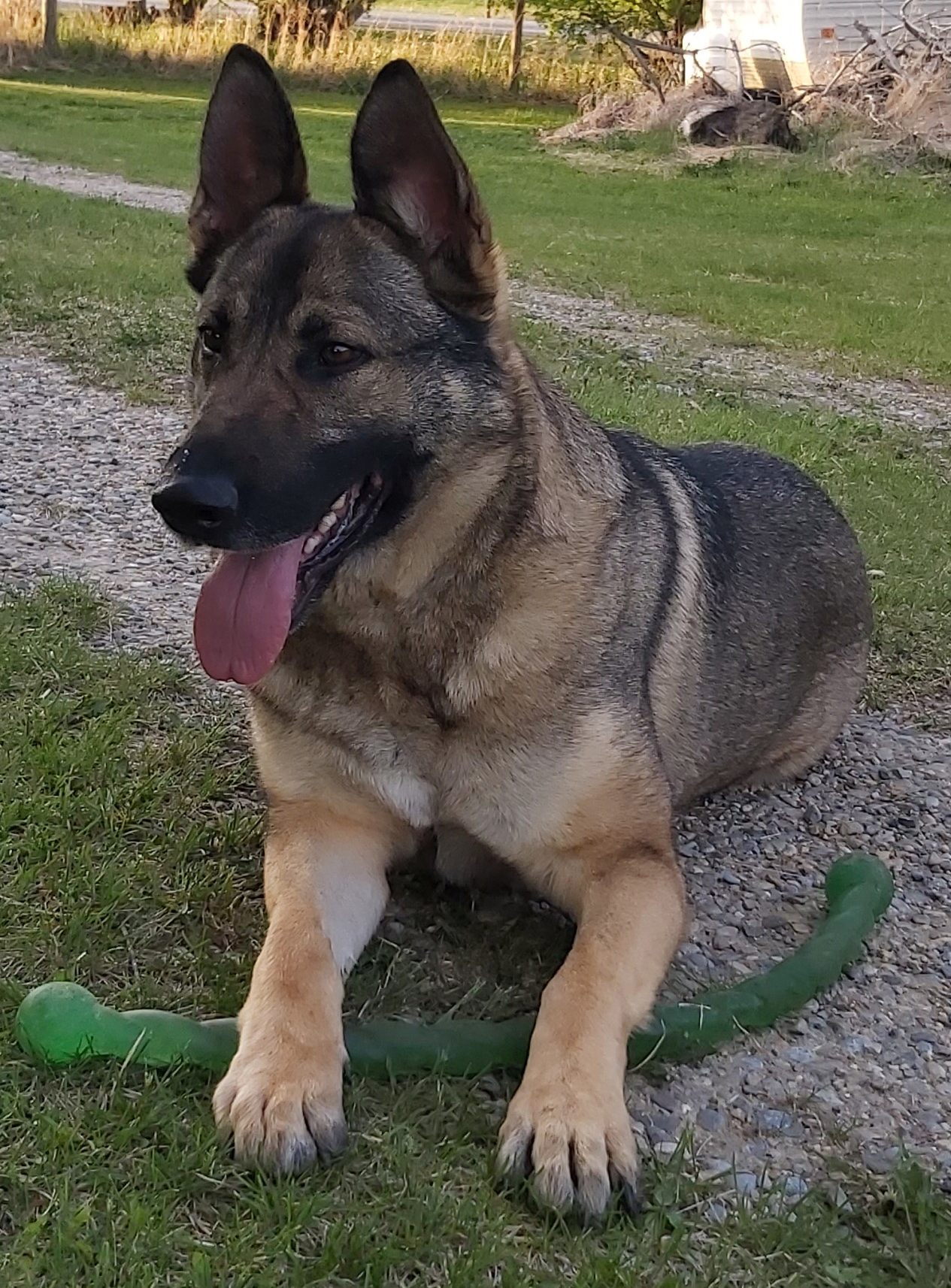 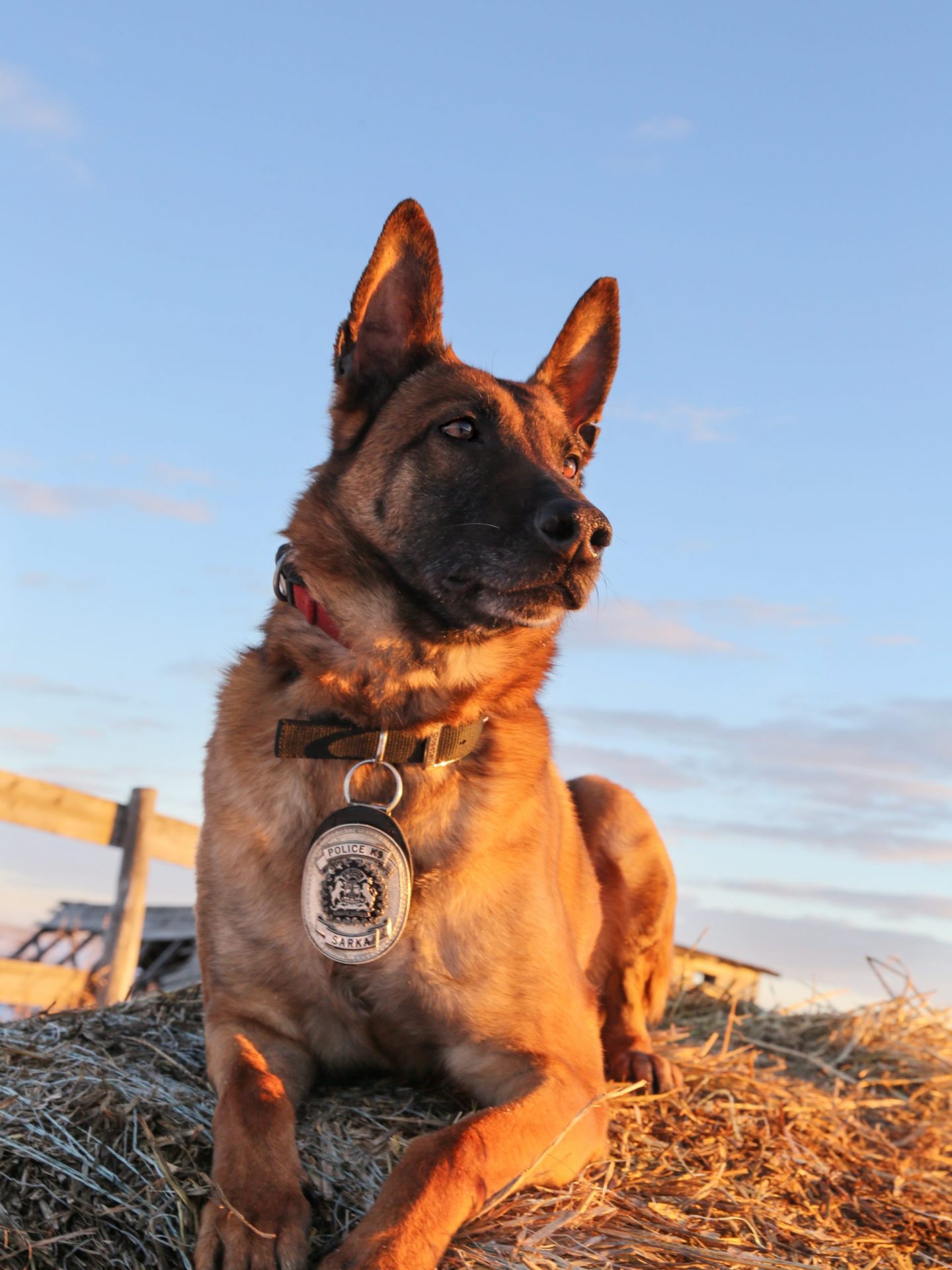